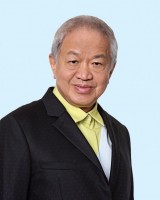 Barry Roberts-Thomson, aged 70 has been a Director since February 1989 and was Managing Director of HTAL from its inception in 1989 until September 2001. In his capacity as Deputy Chairman, Mr Roberts-Thomson represented HTAL in government relations and strategic projects and served as a director of TPG Telecom Limited (formerly Vodafone Hutchison Australia Pty Limited)(ASX: TPG) from 2001 until his resignation in July 2020. Mr Roberts-Thomson also serves as a director on several HTAL subsidiaries. 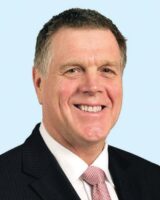 Justin Herbert Gardener, aged 83, has been a Director since July 1999. Mr Gardener has been a director of a number of private and publicly listed companies including Austar United Communications Limited (appointed 1999 and retired 2008). From 1961, and until his retirement in 1998, Mr Gardener held a variety of positions with Arthur Andersen, becoming a partner in 1972 and for the last ten years in a management and supervisory role for Asia Pacific. Mr Gardener is a Fellow of the Institute of Chartered Accountants and an Associate of the Governance Institute and holds a Bachelor of Economics Degree. 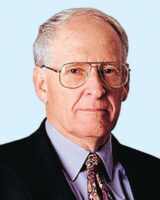 Lai Kai Ming, Dominic, aged 66, has been a Director since May 2004 and Alternate Director to Mr Sixt since May 2006 and to Mr Fok since December 2016. Mr Lai has been an executive director and deputy managing director of CKHH since 2015. Since 2000, he has been a director of HWL which became a wholly owned subsidiary of CKHH in 2015. Mr Lai has been a non-executive director since 2009 and an alternate director to directors since 2010 of HTHKH. He has been an alternate director to a director of TOM Group Limited (“TOM”) since 2016. He has been a member of the board of commissioners of PT Duta Intidaya Tbk since 2018. The aforementioned companies are either the ultimate holding company of HTAL, or subsidiaries or associated companies of CKHH of which Mr Lai oversees the management. He has also been a director of VHA since 2016. Mr Lai has over 35 years of management experience in different industries. He holds a Bachelor of Science (Hons) degree and a Master’s degree in Business Administration. 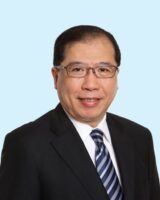 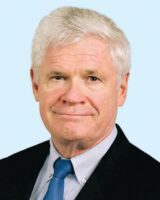 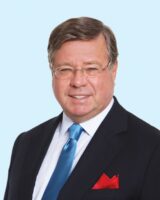 Woo Chiu Man, Cliff, aged 66, has been a Director since August 2016. Mr Woo has been an executive director and chief executive officer of HTHKH since 2017 and was re-designated as co-deputy chairman and a non-executive director of HTHKH in 2018. He has been an alternate director to a director of VHA since 2016. He held various senior technology management positions in the telecommunications industry before joining in 1998 the group of HWL. He was deputy managing director of Hutchison Telecommunications (Hong Kong) Limited from 2000 to 2004. He was also an executive director of Hutchison Telecommunications International Limited in 2005. He was seconded to VHA as chief technology officer from 2012 to 2013 and was part of the core management team. He possesses extensive operations experience in the telecommunications industry and has been involved in cellular technology for over 30 years. Mr Woo holds a Bachelor’s degree in Electronics and a Diploma in Management for Executive Development. He is a Chartered Engineer and also a Member of The Institution of Engineering and Technology (UK) and The Hong Kong Institution of Engineers. 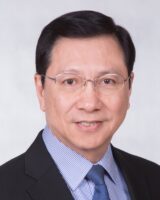 She previously served as a member of the Listing Committee of The Stock Exchange of Hong Kong Limited, the Joint Liaison Committee on Taxation of the Law Society of Hong Kong, the Committee on Real Estate Investment Trusts of the Securities and Futures Commission, the Trade and Industry Advisory Board, the Court of the Hong Kong University of Science and Technology and the Appeal Boards Panel (Education). Mrs Chow is a qualified solicitor and holds a Bachelor’s degree in Business Administration. 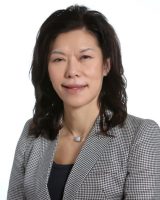 Ms Melissa Anastasiou has been appointed as a Director of the Company with effect on and from 20 March 2020.  Ms Anastasiou is currently General Counsel for Spark New Zealand Limited (“Spark”) where she is responsible for oversight of the legal and compliance functions, providing
Spark with strategic legal and commercial guidance, ensuring the business acts lawfully and with the utmost integrity. Ms Anastasiou joined Spark in 2009 and undertook a range of legal roles across the organisation before being appointed as Group General Counsel in 2012 and to the Spark Leadership Squad on 1 July 2018.  Ms Anastasiou is the Executive Sponsor for Spark’s Wholesale business, a director on a number of Spark subsidiary boards (including Spark New Zealand Trading Limited and Spark Finance Limited (NZX Listed Issuer)) and has also played a pivotal role in leading out Spark’s diversity and inclusion programme. Prior to joining Spark Ms Anastasiou spent a number of years as a Senior Legal Counsel for UK mobile provider Telefonica O2. She also has extensive experience working for leading corporate law firms in Auckland and the UK. Ms Anastasiou has a Bachelor of Laws from Victoria University of Wellington. 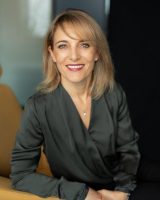