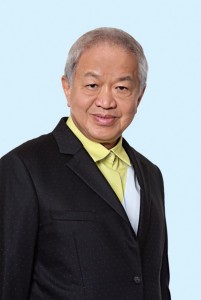 HTAL’s revenue from ordinary activities represents interest income received on loans made to TPG. HTAL’s revenue from ordinary activities for the year ended 31 December 2020 decreased from $5.7 million in the corresponding period last year to $1.3 million, due to the decrease in shareholder loan balances provided to TPG. The shareholder loan was repaid post 30 June 2020, on 3 July 2020.

No dividend income was received from TPG during the period. HTAL’s other operating expenses for the year ended 31 December 2020 remained at the similar level of the corresponding period at $1.4 million. Loss for year ended 31 December 2020 before the share of results of equity accounted investments and one off dilution gain of interest in joint venture amounted to $0.2 million. This is compared with a profit in the corresponding period last year of $4.3 million reflecting a lower interest income for the period as mentioned above.

On 26 June 2020, the merger between Vodafone Hutchison Australia Limited (“VHA”) and TPG Corporation Limited (formerly named TPG Telecom Limited) (“TPM”) was sanctioned by the Supreme Court of New South Wales and became effective under Australian Accounting Standards. On 29 June 2020, VHA renamed to TPG and listed on the Australian Securities Exchange (“ASX”) on 30 June 2020. On 26 June 2020, HTAL’s ownership interest percentage effectively changed from 50% to 25.05%, giving rise to a gross dilution gain of $1,036 million. This required HTAL to recognise previously unrecognised share of losses in VHA of $358.6 million during the period.

VHAH, is 50% owned by H3GAH and which H3GAH jointly controls with Vodafone Europe B.V. (“VEBV”). HTAL’s 50% investment in VHAH has been accounted for in the consolidated financial reports using the equity method. On 9 July 2020, VHF became a wholly owned subsidiary of VHAH. Refer to Note 1 (t) (iii) Dilution Accounting, under Critical accounting estimates and judgements, for further understanding of the debt restructure.

Under the TPG Scheme Implementation Deed, HTAL and its wholly-owned subsidiary, H3GAH and Vodafone Group Plc and its relevant subsidiaries entered into an escrow deed under which, subject to certain exceptions, they must not dispose, directly or indirectly, of any of their TPG shares for a period of 24 months following merger implementation. Furthermore, the VHAH shareholders’ agreement entered into between HTAL, Vodafone Group Plc, VHAH and others dated 24 June 2020: (i) places restrictions on direct and indirect transfers of shares in VHAH for a period of 2 years from the merger implementation, and (ii) places restrictions on VHAH from selling its shares in TPG for a period of 2 years from merger implementation and also provides that, at on expiry of 3 years from the merger implementation, either VHAH shareholder group may require VHAH to sell no more than 10% of VHAH’s TPG shares in any 9-month period subject to the other shareholder group having a right of first offer to purchase the shares prior to them being sold to a third party.

Following the merger between VHA and TPM, TPG generated $342 million of net cash flow in first six months with continued support from CK Hutchison Holdings Limited (“CKHH”) and its other shareholders.

Key 2020 achievements and highlights of TPG

TPG is fast-tracking its 5G mobile rollout, with 5G services now available in more than 350 suburbs in Sydney, Melbourne, Brisbane, Perth, Adelaide, Canberra, the Gold Coast and Newcastle and around 1,600 sites in the planning and design phase.

On the technology side, more than 1.8 million Australians are benefiting from enhanced mobile performance after TPG deployed 1800 MHz spectrum to around 320 sites around Australia.

TPG is nearing completion of a program to integrate around 400 small cells into the mobile network in Sydney, Melbourne, Brisbane and Adelaide.

TPG’s program to connect an additional 700 mobile sites to dark fibre is ahead of schedule and around 60% of iiNet mobile customers have so far migrated to TPG’s mobile network.

During 2020, total data traffic on TPG’s mobile network grew 12% to 611 million Gigabytes from 545 million Gigabytes in 2019 as customers continued to stream, browse and share more on their smartphones, mobile devices and tablets.

As the merger between VHA and TPM was effective for accounting purposes on 26 June 2020, TPG’s reported results for 2020 include a full 12 months of VHA and a contribution of 6 months and 4 days from TPM.

In the first six months’ post-merger, the TPG group has generated $342 million of net cash flow.

TPG’s results demonstrate that despite the impact of COVID-19, especially global travel restrictions, continued NBN headwinds, on-going mobile competition and regulatory challenges, TPG has delivered for its customers and shareholders.

Reduced roaming revenue and the absence of international visitors (attributable to global travel restrictions) will continue to impact TPG’s business, as will the on-going NBN headwinds and the introduction of the Regional Broadband Scheme Levy.

However, TPG is confident that its growth strategies and synergy program will help to offset these and as a merged entity, TPG is in a stronger position to respond to the ongoing COVID-19 challenges and aggressive competition in the mobile market.

TPG’s plans and targets for 2021 are ambitious and on track. These include a target to achieve 85% 5G population coverage in the top six cities by the end of 2021 using TPG’s 3.6 GHz spectrum and 700 MHz spectrum, together with a new standalone core. In addition, TPG plans to achieve more than $70 million in merger synergies.

HTAL remains committed to its investment in TPG and will continue to support TPG in the future.